Doria M. Tabron is a wife, mother and successful entrepreneur. As Mrs. Maricopa County, she will be competing for Mrs. Arizona America in July 2022 and is proudly sponsored by Dr Nancy’s Integrative Medicine. Doria is an excellent example for all women as she takes care of herself mind, body and spirit.

In this world full of obstacles, Doria believes in herself by having faith in God, even when things seem impossible. The opportunity to learn in the midst of challenges allows her to be focused. The support, love and the power to be the best version of herself allows her to be fearless. The realization of these elements is how her platform “Fearless and Focused” came to be. Doria knows that when she looks and feels beautiful, she is influenced to be her best self. Her mission through “Fearless and Focused” is to help other women look and feel beautiful so they can be all that they aspire to be.

As a master stylist, Doria has her Professional Hair Dresser (P.H.D.) in cosmetology. After thriving in a full-service salon for over thirty years and managing a family-owned chain of salons in Detroit, Michigan for 23 years, she furthered her education and became a licensed cosmetology instructor. Doria was driven to pursue this path as a way to impact more women around the country. She owns Doria Me’Chelle Salon & Spa located in Scottsdale, and has an original hair care line available for resale, which includes shampoo, conditioner, edge control, and men’s hair care products. Her diligent work has shown people how graceful service to others has been the leading force to who she is today. ​

As the Executive Director of the Empire Beauty School for eight years, she has organized, operated, and met school policies, regulations, and key metrics successfully. Doria has been able to do so by ensuring compliances were up to part, increasing school enrollments, state licenses, and meeting requirements for audits. She makes sure all students receive what they need to be successful.

At Radiant Church, Doria is a leader with the Radiant Women Christian Organization to help women identify their life purpose. She recently graduated from Biltmore University with a Bachelors in Theology and is currently pursuing her Master’s. Doria is also a Millionaires Club member alongside hundreds of other entrepreneurial women working to build legacies and make history for their family.

About the Mrs America Pageant

The Mrs. America competition, rich in history, was first held in 1938 and continued until 1968. In 1977, after a nine-year hiatus, it was revived by David Z. Marmel after his successful career in professional athletics and independent television production. He was instrumental in setting the new directions for the pageant and for transforming the pageant into the multi-faceted event it is today.

​Mrs. America was the first, and remains, the foremost competition for married women in America. Now, after more than 40 years, it is considered to be the premier pageant for married women. It has epitomized excellence, professionalism, and the celebration of family values; and is supported by an office and full-time director in every state including the District of Columbia.

The winner of the Mrs. America crown received prizes and endless opportunities. During her exciting and memorable reign, she will make personal appearances throughout the country. For the entire year, she acts as the ambassador and spokesperson for America’s married women. She may speak to civic groups and business organizations, appear in print and TV commercials, and conduct countless interviews with members of the press. She becomes, in effect, the public symbol of all wives and mothers. 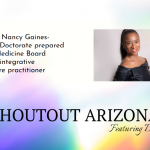 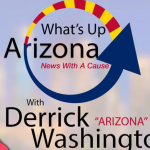 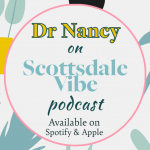 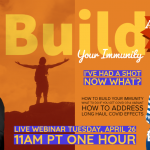